Art Students in Paris During the Golden Age

During the later decades of the 19th century and into the 20th century, Americans made up the largest group of foreigners studying art in Paris.  They worked with the academic painters and sculptors, learning classical style.  Generally, they did not study with the Impressionists.  During the 1890s, hundreds of Americans exhibited in the annual Salons where they competed favorably gaining medals and sales.

The American Art Association or Club provided lodgings for visiting artists in an old school building at 131 Blvd. du Montparnasse with a garden that was also used for stables. Over the decades, the Art Association bounced around Montparnasse to various locations. The next was 82 rue Notre Dame des Champs. In 1897 it relocated to Number 2 Impasse Conti.  By 1906 the association moved to 74 rue Notre Dame des Champs and in 1909 to the rue Jaseph Bara.  It closed in the early 1930s.  There were other facilities that specialized in housing visiting American art students near the various art academies. 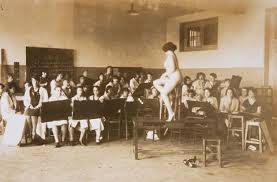 John Singer Sargent‘s studio was decorated to replicate a grand salon with hardwood floors, elaborate fireplace mantels and masses of expensive textiles.  But it was a rented property at 41 Blvd. Berthier, not his own asset.  The scandal attached to his portrait of the grand lady in black with all the skin exposed discouraged conservative patrons.  Sargent moved to England and continued his career as a society portrait painter. 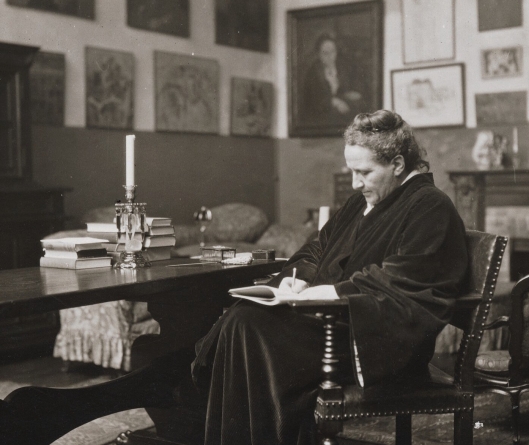 The Stein siblings — Gertrude and Leo — were living in the house-studio at 27 rue de Fleurus. Alice B. Toklas, Gertrude’s partner, moved in at a later date. Their open house parties attracted artists, writers, patrons and characters, especially Americans. Michael Stein and his wife Sarah Stein lived at 58 rue Madame where their Saturday night gatherings cultivated a salon scene.  All the Steins bought up paintings by Paul Cèzanne, Renoir, Gauguin.  Michael and Sarah were soon onto Matisse, who was supported by them and persuaded by Sarah Stein to open an art school.  Leo was more conservative in building his art collection.  Gertrude Stein focused her collecting efforts on Picasso.

The public garden Square Yves Klein at the southern end of rue Campagne Premiére honors the intense post-WWII modernist who experimented with a particular blue color that bears his name, International Klein Blue.  During the artist’s short, active career, his studio was at 9 rue Campagne Premiére, later becoming number 24. 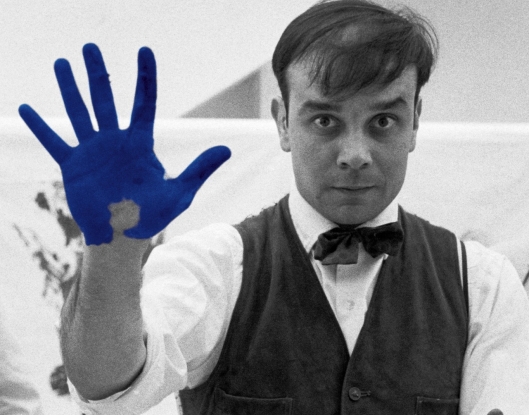 Born in 1928 in Nice, Yves Klein started out in the martial arts, earning the highest honor in judoka and lived in Japan for more than a year. He worked hard and died young of a heart attack on June 6, 1962 aged 34.